← more from
Smalltown Supersound
Get fresh music recommendations delivered to your inbox every Friday.
We've updated our Terms of Use. You can review the changes here. 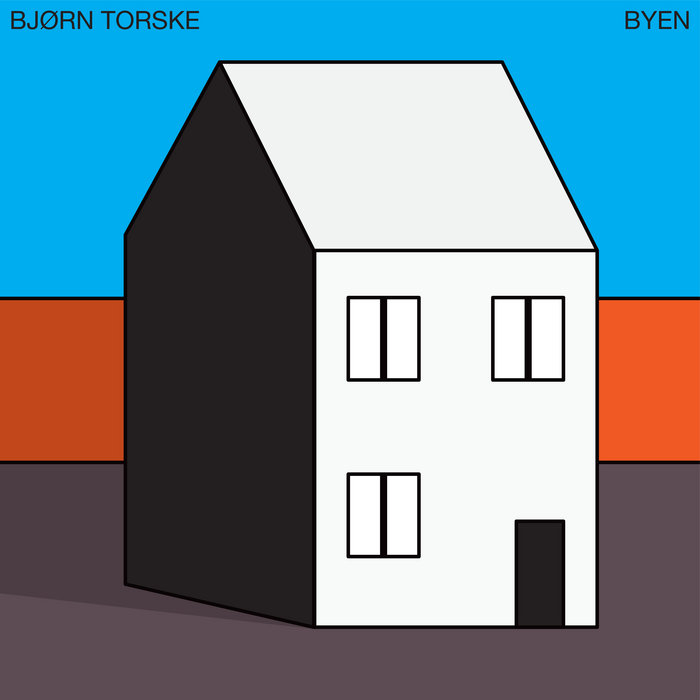 jonathan gotta be this summers highlight!

Jason Kemp At the intersection of multiple genres. Just when you this is background something sonic moves up and over Favorite track: Fanfatas.

New music from Bjørn Torske is always cause for celebration—but even by the high standards that the Norwegian producer has set for himself over the last two decades, Byen feels special. Torske's fifth solo album is a revelation for electronic music fans and anyone with a keen ear for melodic, trance-inducing dance music, as it finds the veteran musician fusing two distinct sides of his catalog—clubby, inviting house music, and side-long pastoral ambience—for a career-defining statement that'll appeal to newcomers and longtime fans alike.

Byen is Torske's first solo LP in eight years, since 2010's elegant Kokning—but he's kept busy in the time between, with a steady drip of single and EP releases as well as reissues of his stellar first two albums, 1998's Nedi Myra and 2001's Trøbbel, and last year's collaborative team-up with Norwegian producer Prins Thomas, Square One. "Apart from having made this album entirely by myself, this was also more planned," Torske states regarding the differences between Byenand Square One. "My collaboration with Thomas was pretty ad-hoc and messy in its conception, but this album is cleaner and more straightforward—more primed for the dance floor."

Indeed, even though Torske's work has always showcased the artist's flair for fusing indelible melody with propulsive rhythms, Byen is arguably his clubbiest work yet. The 11-minute anthem "Night Call" twists and turns with serpentine synths and patches of dubby bliss, while "Chord Control" is pure deep house nirvana, recalling the lush grooves of DJ Sprinkles' classic Midtown 120 Blues. Then there's the upward-scaling "Clean Air"—undoubtedly one of Torske's most impressive tracks to date, a mountain-traversing track with piping synths and crisp backbeats laid over a warm, inviting bassline.

The result is an album that's distinctly new feeling from him, while retaining that Bjørn Torske sound he's become known for over the past 20 years. "My original idea was to keep things simple and more driven by melodies than has been my wont with the earlier releases," he states regarding his thematic intentions behind Byen. "Still, I am always considering myself to produce music for djs, so there is hopefully some material that will find its way to select dance floors."

Byen's seven heavenly tracks were recorded over the past year at the producer's home and studio, and "when I was on a small tour of Japan, I realized they would become an album," Torske explains. Torske also found himself working quicker than usual on Byen's material; whereas much of his previous work (including 2007's Feil Knapp) featured tracks that had been in gestation for years, Byen's songs were recorded entirely within the confines of 2017. "It's pretty fresh material," he states.

And the relatively short gestation period of Byen accentuates how impressively stuffed with ideas this record is. It's commonplace to say that the type of music Torske and his contemporaries specialize in—propulsive, perpetually cresting dance music—takes listeners on a journey, but the sentiment transcends mere cliché when applied to Byen. Opening track "First Movement" applies Torske's patient attention to build towards floral lounge music, while "Fanfatas" possesses a neon and shimmering glow, with live-sounding drums and mirage-like synths hovering just above its surface.

By the time you've reached the gloriously fractured chords of "Natta," it's clear that, as a listener, you're well far away from where you began—but Byen is much more than a sonic travelogue. Torske's always provided a lovely and exciting array of takes on what dance music can be, and on Byen he's stretched that definition further to its limit than ever, making for a long-player that'll be cherished for years to come.